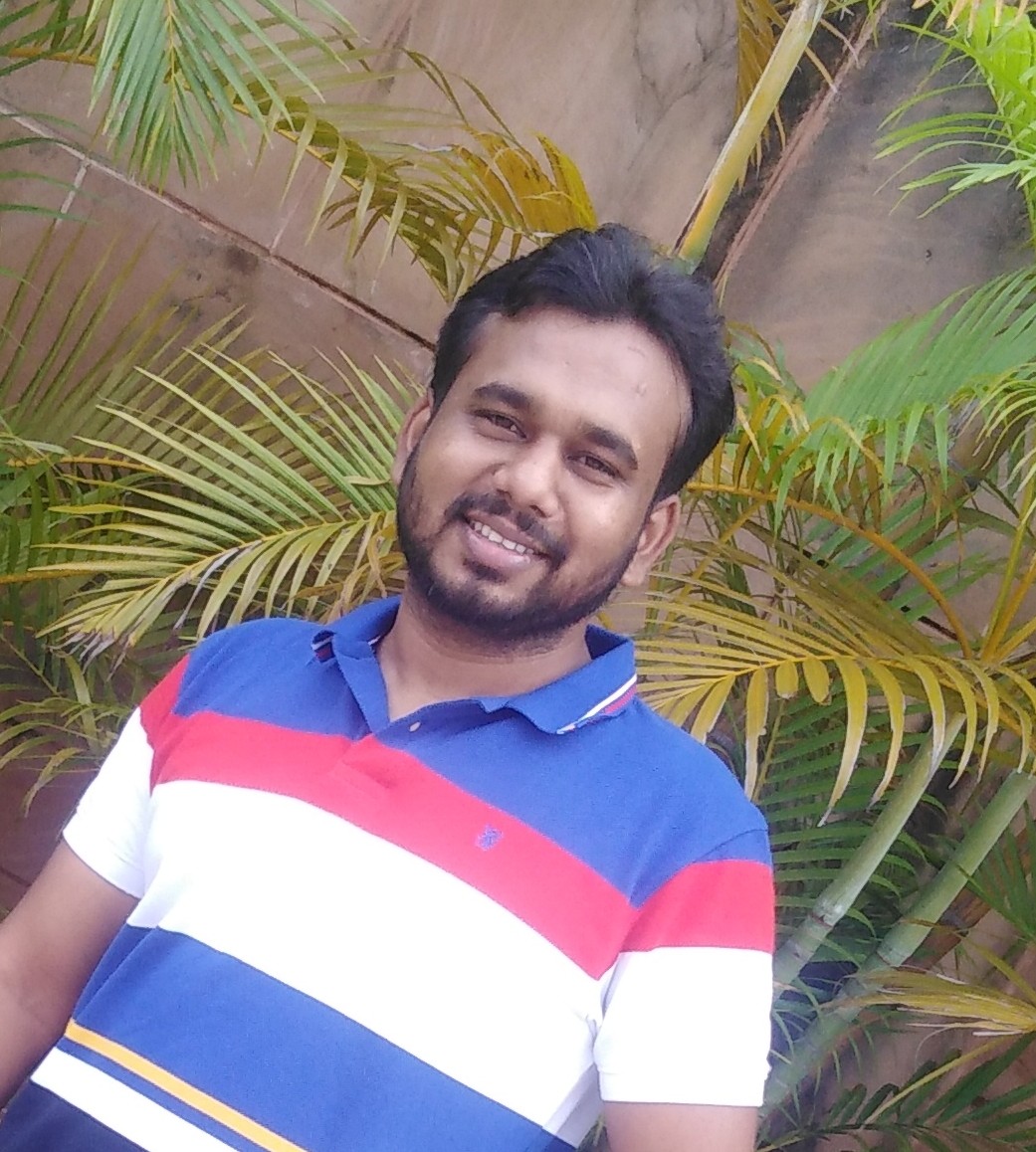 Rahul GuptaConnect I am Rahul Gupta, currently working as a Ph.D. student at the Department of Astronomy and Astrophysics, Aryabhatta Research Institute of Observational Sciences (ARIES), India. My research work is mainly focused on time-domain astronomy (towards Gamma-ray bursts (GRBs) and their afterglows, Supernovae (SNe), and other transients) based on data from across the electromagnetic band. Presently, I am interested in prompt emission (Gamma and X-rays) spectro-polarimetric studies of GRBs using AstroSat CZTI observations.

Similar to humans, stars also have a life cycle. They are born, live, and at some point, they die. High mass (more massive than eight solar mass) and low mass (typical to solar mass) stars follow a different life cycle. The death of massive stars produces the brightest and most explosive astronomical sources known as gamma-ray bursts (GRBs). GRBs are powerful bursts of high-energy gamma-ray radiation and are among the most exotic phenomena studied in modern astronomy. GRB emits more energy in a second than our Sun will emit in its lifetime. GRB events have two distinct emission phases: one is the short-lived prompt emission (the initial burst phase, peak at sub-MeV energy range), followed by a long-lived multiwavelength afterglow phase. The prompt emission (initial gamma-ray emission) of GRBs is automatically discovered by space-based gamma-ray missions such as NASA’s Fermi Gamma-ray Space Telescope, Neil Gehrels Swift Observatory, India’s AstroSat, and many more. Based on the observed time scale of prompt emission, astronomers classify GRBs as long or short, whether the event lasts more or less than two seconds. Their duration is associated with their origin: long GRBs occur with the death of massive stars, while short GRBs have been proven to be the electromagnetic counterparts of the gravitational wave (originated due to the merger of two compact objects) signals discovered recently by LIGO/Virgo. GRBs are believed to originate from a “jet” moving at a relativistic speed, launched by a fast rotating stellar-mass black hole or magnetized neutron star formed at the core collapse of a massive star (long GRBs, duration > 2 sec) or in the merger of compact objects (short GRBs, duration < 2 sec). The ejected out-flowing can have various shells that can collide with each other creating internal shock, which is responsible for the prompt gamma-ray emission. Later on, this material expands and interacts with the pre-existing material surrounding the GRB events (external shock), producing the broadband synchrotron radiation, which attributes to the afterglow emission (see Fig. 1). 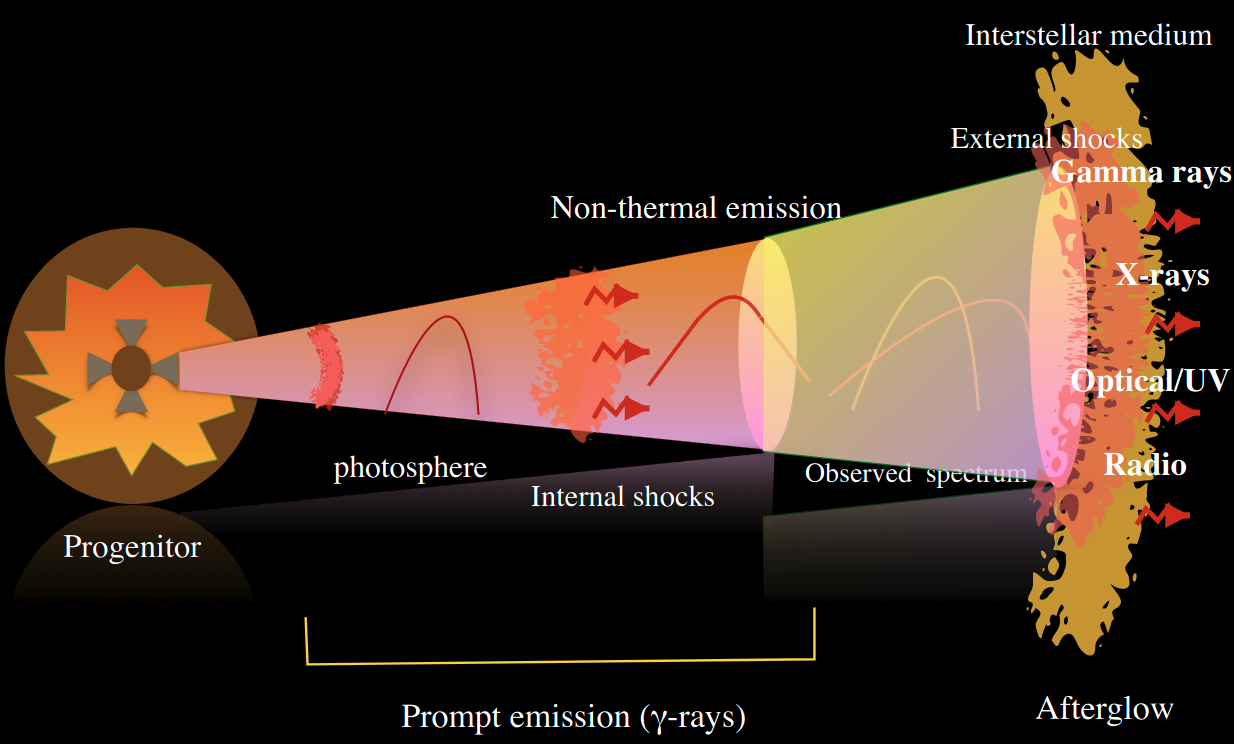 Soon after the GRB-prompt discovery, ground-based multi-wavelength observational facilities (including ARIES telescopes in the optical/NIR bands) started searching for the associated afterglows across the electromagnetic spectrum. Specifically, optical observations play a crucial role in constraining the redshift, energetics, environments, and geometry of these powerful astronomical sources. The longitudinal advantage of the Devasthal observatory (which lies in between the Canary Islands and Eastern Australia) and deep imaging/spectroscopy capabilities of back-end instruments (at visible and near-infrared bands) of the 3.6m DOT telescope (see Fig. 2a) together provide a unique opportunity to perform deep and longer follow-up observations of the optical counterparts/ associated host galaxies of GRBs. 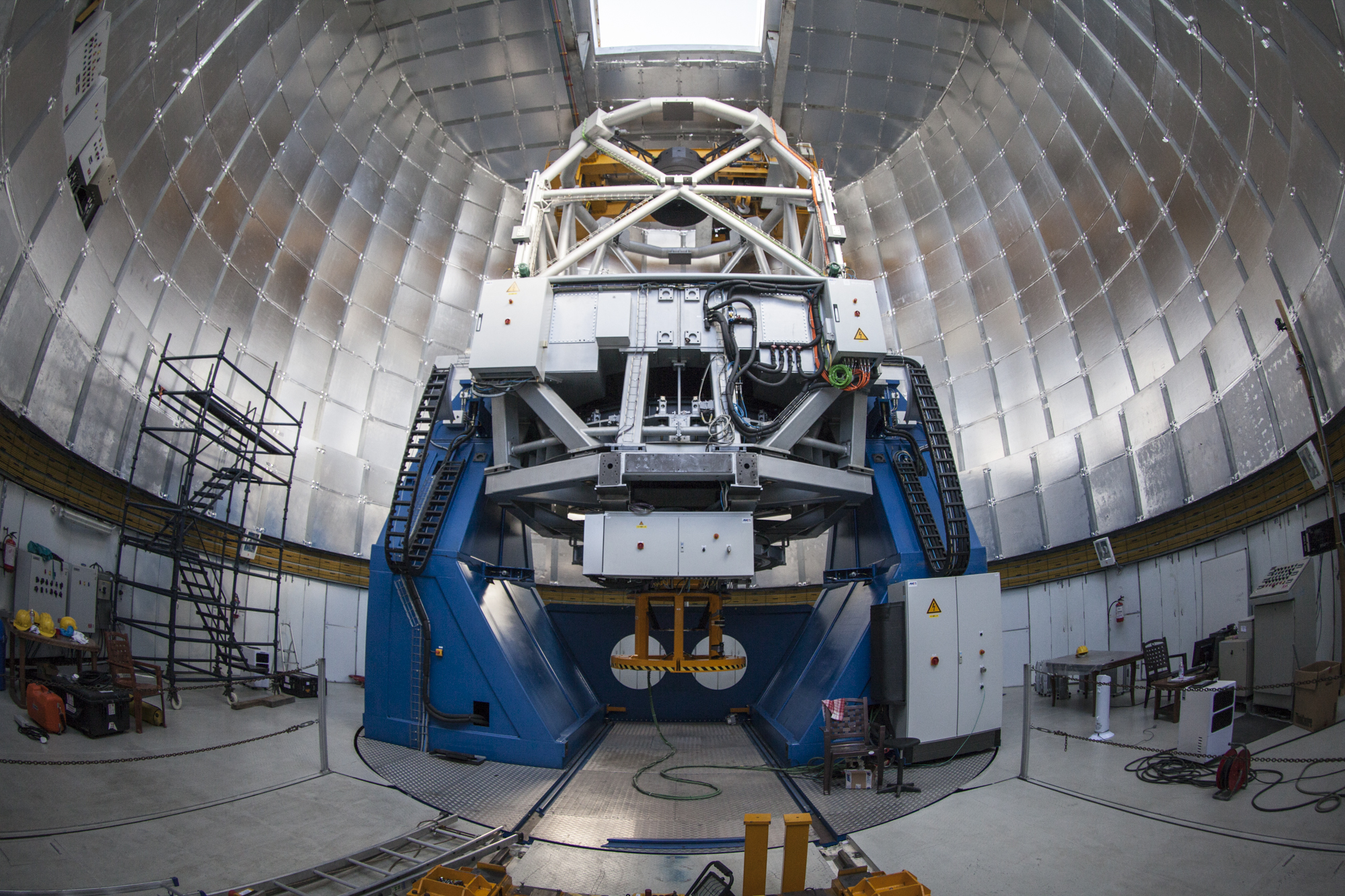 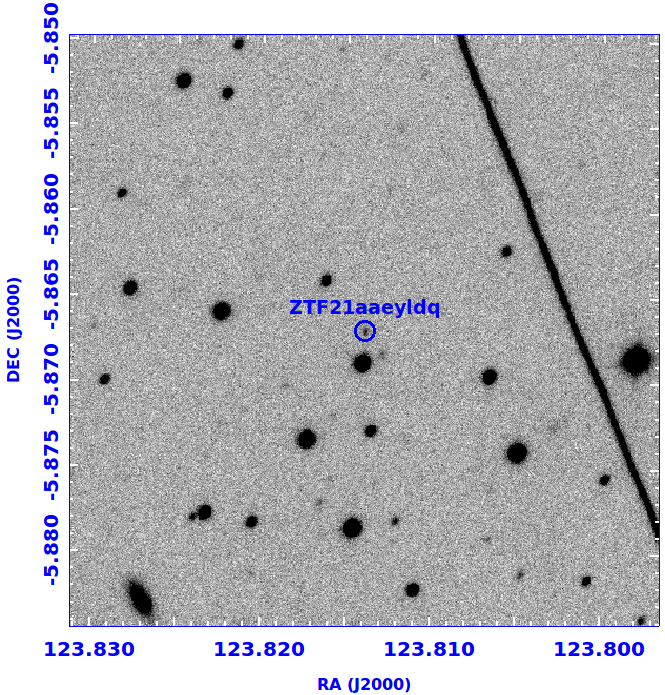 For AT2021any, no gamma-ray prompt emission counterpart was reported by any space-based satellites, and the Zwicky Transient Facility (ZTF, a survey telescope) independently discovered this source. We also detected this object using 3.6m DOT + 4K × 4K CCD Imager (see Fig. 2b) and found that it is the third known orphan afterglow with a measured redshift. The detection of orphan afterglows can be explained by one of the scenarios: 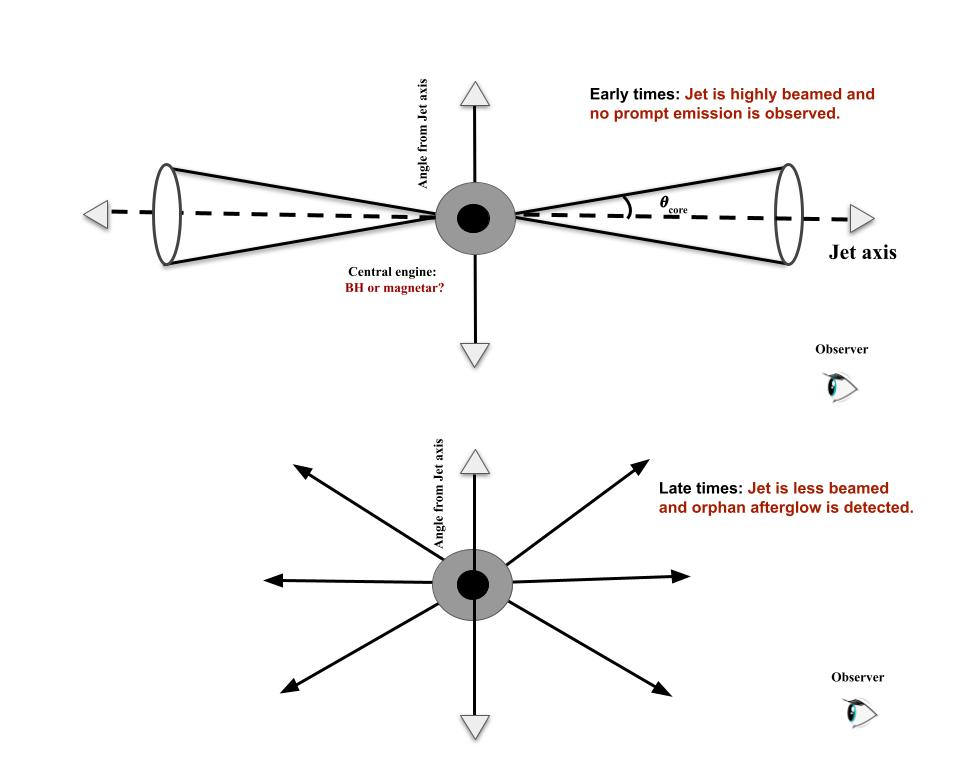 Figure 3: A schematic diagram showing the possibility of detection of the orphan afterglow from the off-axis scenario. (Credits: Author)

In the case of AT2021any, we performed a detailed broadband afterglow modelling (see Fig. 4a) and confirmed that AT2021any is observed on-axis (see Fig. 4b), and a gamma-ray counterpart was missed by GRBs satellites. We expect to detect more similar sources in the current era of survey telescopes with large fields of view like ZTF and others. 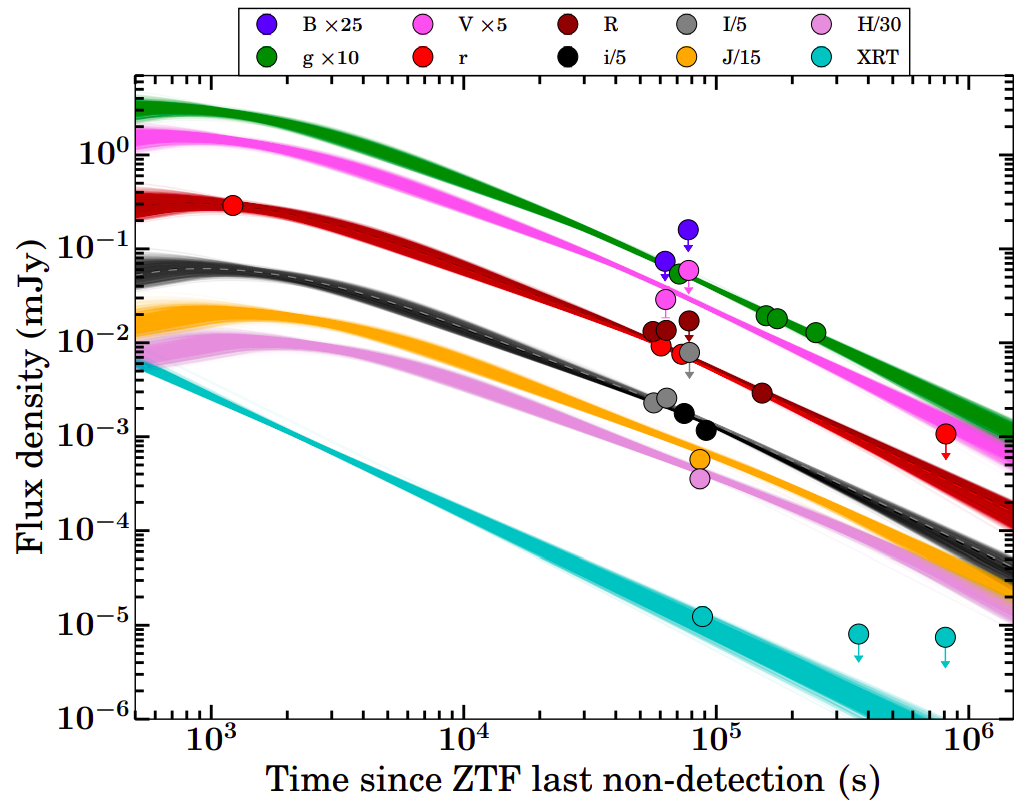 Figure 4b: A schematic diagram for the possible explanation of the orphan nature of AT2021any/ZTF21aaeyldq. (Credits: Author)

Our results emphasize that the 3.6m DOT has a unique capability for deep follow-up observations of similar and other new transients for deeper observations as a part of time-domain astronomy in the future. GRBs are multiwavelength phenomena. Therefore, along with optical/near-infrared observations using 3.6m DOT, the follow-up observations at other wavelengths using Indian facilities, such as at radio wavelength using Giant Meter Radio Telescope (GMRT) and at UV/X-ray by Indian Space Observatory (AstroSat), may provide a comprehensive picture of these sources.